The World Health Organization (2006) and the United Nations (2008) have recognized sickle cell disease as a global public health priority and in order to raise awareness of the disease, designated the 19th day of June every year as World Sickle Cell Day (WSCD). The World Health Organization (WHO) estimates that sickle-cell disease affects nearly 100 million people worldwide and over 300 000 children are born every year with the condition.

Tragically, the majority of these individuals will die in childhood due to a lack of basic care, and those who survive into adulthood too often face a life of chronic disability and premature death unless disease-modifying therapy can be provided.

The WHO, therefore, urges countries affected by Sickle Cell Disease to establish health programs at the national level and to promote access to medical services for people affected by the disease

Quality of Sickle Cell Disease Care in Canada
The Sickle Cell Awareness Group of Ontario recognizes Sickle Cell Disease as an increasingly important medical issue in the province. Out of the estimated 6000 Canadians affected by sickle cell disease, 3,345 live in Ontario and over 65% of babies born with the disease nationally are born in the province of Ontario. While the possibility of a cure by gene therapy has continued to make headlines, the basic quality of care provided to sickle cell patients in Canada remains well below the standard of care recommended by experts in the field.

Furthermore, patients with sickle cell disease continue to be stigmatized and are branded as “drug seekers” when presenting for medical treatment of severe vaso-occlusive pain crises. Many SCD patients in Canada do not have access to comprehensive care, which could prevent those crises.

Reducing Stigma and Discrimination:
Through its awareness, education, and advocacy programs, SCAGO is doing its part to reduce the stigma and discrimination faced by the families affected by Sickle Cell Disease.

Join our Campaign and Let us Know What World Sickle Cell Day Means to you!

It’s because of you, that we have been able to continue to raise awareness and expose the inequities faced by people living with sickle cell disease in the province of Ontario. World Sickle Cell Day means something to us, and we know it means something to you as well.

In recognition of World Sickle Cell Day, we are asking you to send us a brief quote (max 200 words) and a headshot or a 30-second video by June 6, on what this day means to you.

We thank you for joining the campaign.
Read #WSCD shared stories here
For the list of cities to be illuminated and proclaimed for June 19, click here

Media: For June 19 story/interview opportunities, contact: media@sicklecellanemia.ca or call 416-951-6981 (cell). We thank you in advance for your interest and time.

About SCAGO
Sickle Cell Awareness Group of Ontario also known as SCAGO is the largest patient support and advocacy association serving families with children, youth, and adults with sickle cell disease. It was established in 2005 to:

The red cell sickling and poor oxygen delivery can also cause organ damage. Over a lifetime, Sickle Cell Disease can harm a person’s spleen, brain, eyes, lungs, liver, heart, kidneys, joints, bones, or skin. It can cause a stroke in children as young as two years of age! At the present time, hematopoietic stem cell transplantation is the only cure for Sickle Cell Disease. 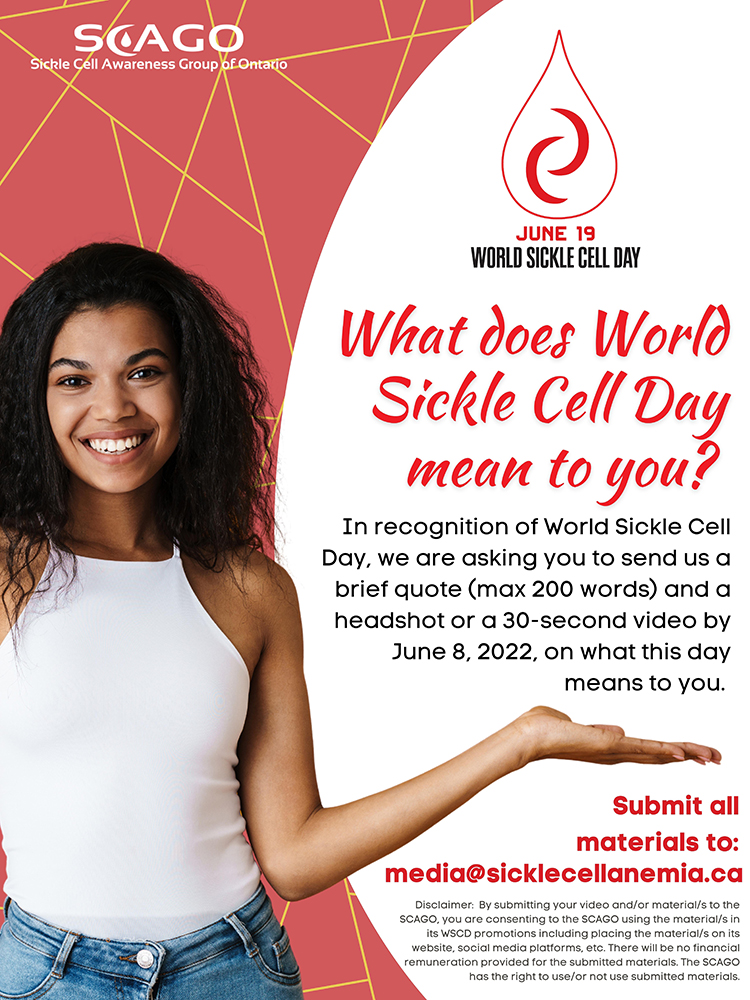 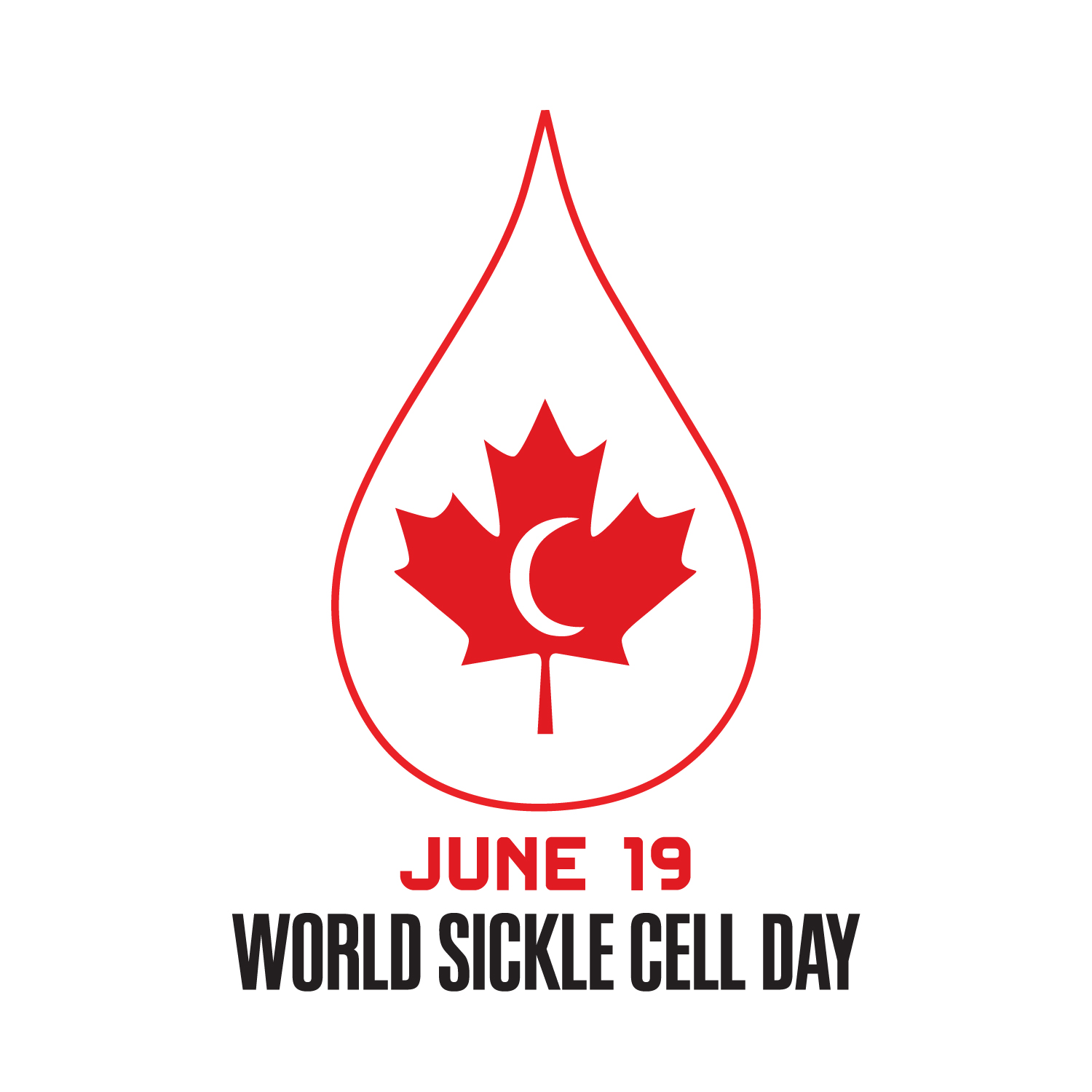