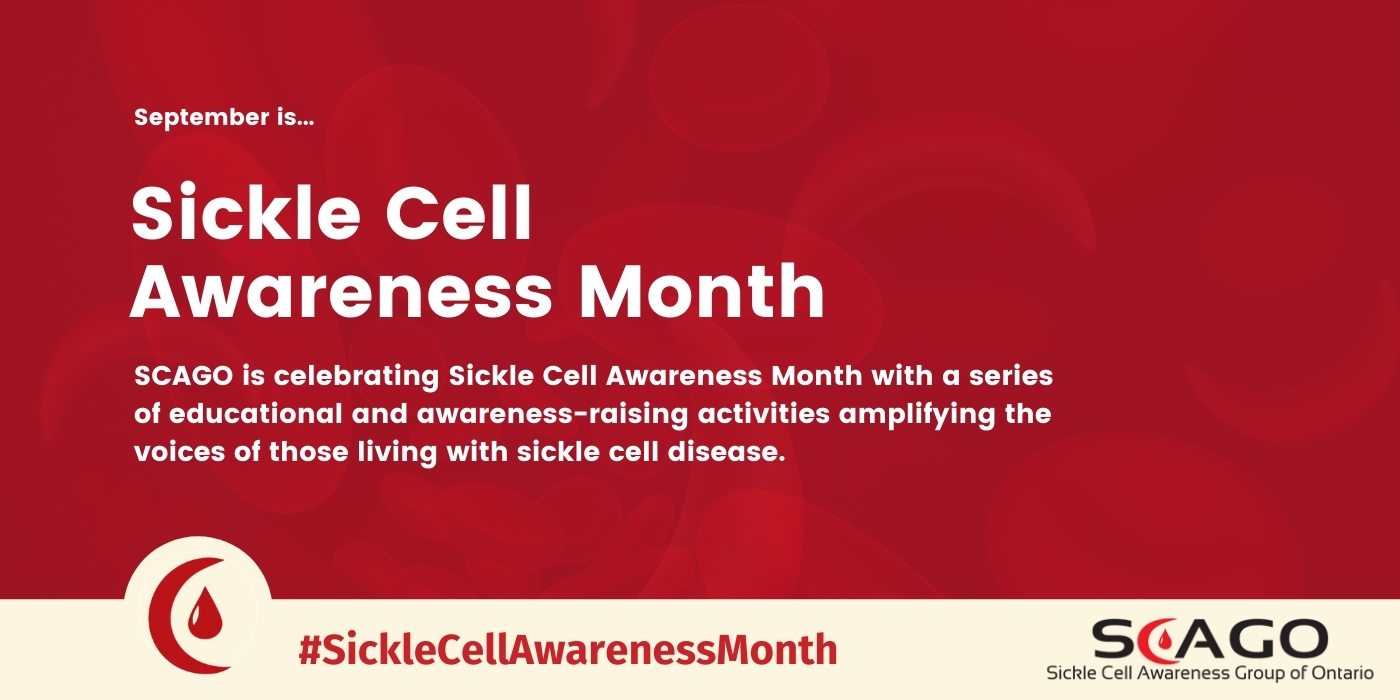 Raising sickle cell disease awareness is crucial as people living with the disease, who are predominantly of African, Caribbean, Middle Eastern, Mediterranean, and Indian descent, often face discrimination in addition to the challenges of living with this debilitating disease.

Sickle cell disease is an inherited blood cell disorder that impacts the daily lives of approximately 4000 Ontarians. It causes acute and chronic severe pain, resulting in regular trips to the emergency department, and can lead to fatal complications including damage to vital organs and premature death.

Education about the disease is still limited, which makes Sickle Cell Awareness Month an important part of forging a path to greater equity for sickle cell patients who are sometimes overlooked and stigmatized by medical professionals.

How to Celebrate Sickle Cell Awareness Month with SCAGO

Attend one of our upcoming events.

Use our official Facebook photo frame to help raise awareness.

Share your #SCDStory with us by emailing media@sicklecellanemia.ca. We’ll be highlighting the stories of SCD warriors, family members, and caregivers throughout the month.

Connect with us on social media and use the hashtags #SickleCellAwarenessMonth and #SCAGO.

In Canada, systemic racism has always been very real as individuals with sickle cell disease presenting in Canadian hospitals with vaso-occlusive crisis (painful episode representing the hallmark of the disease) are often treated as drug seekers compared to their non-racialized counterparts presenting with pain. According to PM Justin Trudeau in a statement issued on June 2nd, 2020, “Black Canadians and racialized Canadians face discrimination as a lived reality every single day. There is systemic discrimination in Canada, which means our systems treat Canadians of colour, Canadians who are racialized, differently than they do others.”

To celebrate, SCAGO has previously organized action days at Queens’ Park which has helped to improve disease visibility among Ontario policymakers

Furthermore, through its disease management mechanism, SCAGO has taken advantage of the awareness month to improve the disease management skill sets of individuals, their families, and caregivers with SCD disease. Over the years, this has resulted in improved physical and mental health well-being.